Back to the Beginning of Time Print

The four most distant galaxies ever imaged with an amateur telescope 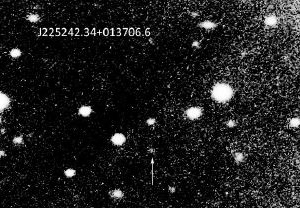 Amateur astronomers and iTelescope members Josep Drudis and Christian Sasse have just imaged the four most distant objects ever seen with an amateur sized, off the shelf telescope. These four galaxies emitted light when the universe was only 760 million years old, or 6% of its present age - it was very very long ago, in fact they are looking back over 13 billion years!

Why did they do it? It was a cool idea - previous records were obtained on distant quasars - very bright compact galaxies. Redshift is a measure of distance since the further away an object is, the more it is redshifted.

This also means that the light emitted from a very distant galaxy is no longer visible to most cameras, its light has simply passed too far into the 'dark' red portion of the spectrum and is thus difficult to detect. 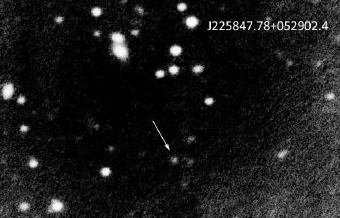 Drudis and Sasse wanted to go beyond a redshift of 7, and it was difficult to find suitable objects. They searched for and found four very distant galaxies and used T17 with its special camera and 400mm (17 inch) CDK optics located under ideal clear and cool skies at iTelescope's remote observatory at Siding Spring Observatory in Australia for this purpose. This CCD telescope combination could 'see' more into the red bandwidth of light.

Clearly it was a challenging task for all involved, including dedicated ground staff. It takes many hours of careful aligning, testing and imaging required until the objects finally appeared. This result was somewhat unexpected and a pleasant surprise for all involved.

Below are images of the four galaxies. Drudis and Sasse are keen to continue and push the envelope of amateur imaging even further.