Imaging the Edge of Everything! Print

Not too many 'amateur' astronomers are capable of seeing to the edge of the known Universe.  When the idea first occurred to him, neither had Christian Sasse. 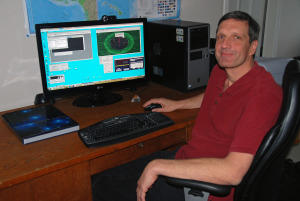 Dr. Sasse, German-Canadian, Physicist-Engineer, keen astronomer and all round nice guy, stumbled onto this idea due to his acquaintance with fellow Canadian, Paul Boltwood (works at MaximDL) who according to Christian, “inspired me (without him knowing) to go even further than his record for the faintest object.”  So Christian embarked on a project that took much personal effort and over two years of attempts.

He decided to use the T17 IR senstive iTelescope in Spain (T17 is now based in Australia). He felt certain it would allow us 'amateurs' to peer back in time, to galaxies far, far away. Actually...a certain quasar in Ursa Major, powered by a supermassive black hole 3 billion times the mass of our Sun.

When  J1148+5251 was first detected by Earthlings in 2003, it was crowned as the oldest & most distant object ever observed. An ancient quasi stellar object with a redshift of z=6.41 and thus its light has been travelling for around 12.79 billion years towards Earth. Its redshift is so large that it has no 'visible' magnitude as such! 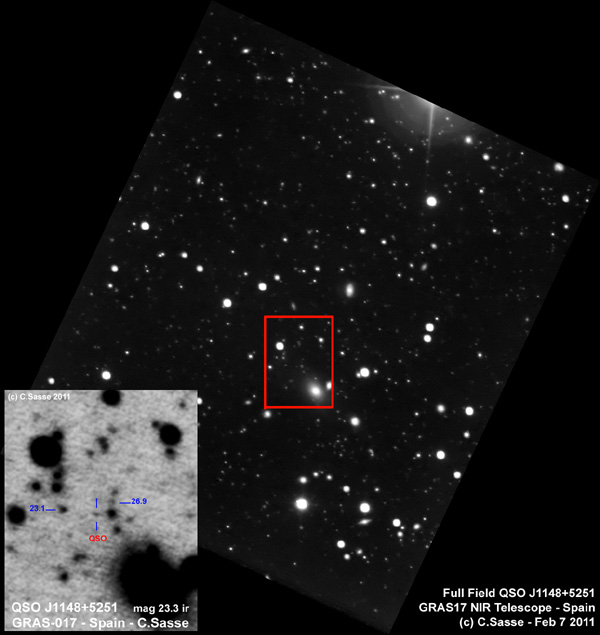 This monster roared into existence with brutal cosmic power only 870 million years after the universe began. Sending out infrared luminosity over 22 trillion times brighter than our own mediocre star. Forming a huge bubble of carbon monoxide molecules 30 million light-years in diameter around its host galaxy. 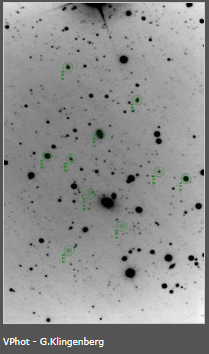 In February 2011, Christian pointed the newly commissioned T17 based at the iTelescope-Astrocamp facility in Spain, to an otherwise blank piece of sky. T17 proceeded tp capture a few hundred thousand very old photons on its CCD camera during 16 hours of exposures (199x300 secs). The first signs of the quasar appeared after about 2 hours of exposure.

It should be noted, that this object is not amplified gravitationally by lensing. No gravitational short cuts here.

Christian explained, "The T17 telescope in combo with a FLI Proline can extend the vision of amateur observing. The combination of a world-class telescope with superbly collimated optics (17” Planewave) mounted on the legendary Paramount ME, an FLI CCD with extended red sensitivity and a set of specialist filters has made my dream come true. Now an amateur can reach magnitudes beyond 23."

Data was processed via MaximDL and VPhot. The image was plate solved using PinPoint 5.1, and reference stars/galaxies matched and identified from the NASA/IPAC Extragalactic Database.

The observation was reviewed and validated by Dr Ed Wiley (Kansas University) shortly after the data was collected.

As far as we at iTelescope know, after much research, Christian Sasse and G17 have shattered a world record for amateur astronomy; the most distant amateur observation ever achieved on a truly accessible, amateur sized telescope. 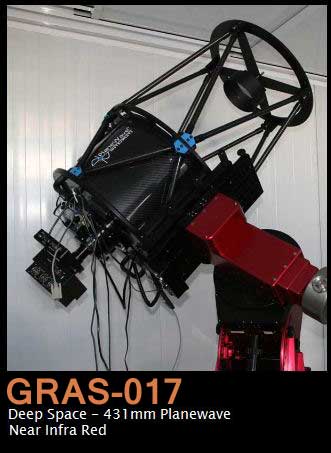 Ken Crawford, previous record holder and master imager congratulated Christian. "Nicely Done and congratulations on the deep image and a great write-up! It is great inspriation to show what can be accomplished. The quasar that Johannes and I imaged..was detected in less than 5 hours of exposure with a 6303E chip (pretty red sensitive)...This is the quasar that you just surpassed."

Bill Dillon, former president of the AAVSO commented, "..the image actually goes deeper than the 2.5 meter SDSS discovery image, and compares well with the 10m Keck! You've pretty much imaged to the edge of the visible universe...It will be difficult to top, not necessarily because of faintness, but because the universe is opaque much earlier than that. GRB 090423 had a red shift of 8.2 (more or less), and was only seen in the IR."

Brad Moore, Managing Director of iTelescope said, "..its been my privilege and honor to be part of the sizable team that commissioned T17, its been a technical feat of strength to integrate the many high quality components that went into the making of this extended red telescope. Christian knew exactly what he wanted, his vision and energy proved boundless."

Christian extended his heart felt thanks and appreciation to all those that played a role in this project.

Congratulations Dr Sasse for reaching towards the Edge of Everything. 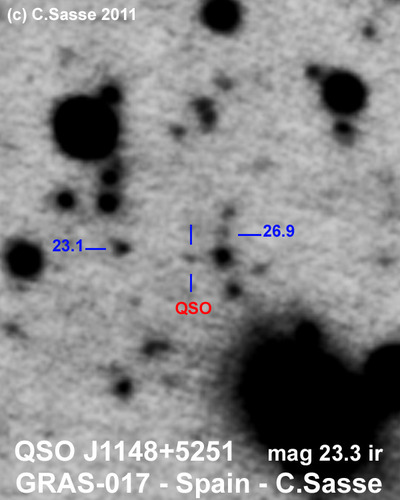