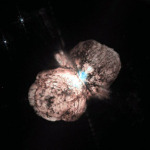 One of our most experienced iTelescope variable star observers, Bill 'Dingo' Dillon from the AAVSO, loves to catch Cataclysmic Variables (CVs) as they go into an outburst. Running a friendly race with David Levy to be first to catch them in action.

CVs are actually binary systems, with a white dwarf  primary and a donor secondary. The white dwarf accrues matter from the donor, rich in hydrogen, and this accreted matter forms an accretion disk around the primary. This is an unstable condition and when a sufficient amount of the accretion disc falls into the primary the density and temperature of the hydrogen rises high enough to ignite nuclear fusion, rapidly burning the donor star hydrogen to helium. This causes a spike in magnitude, an outburst. 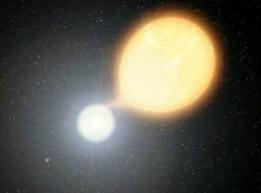 There are many classes of CVs. Right now AAVSO has an active observing program for several CVs classed as Z Camelopardalis dwarf novae. “Z Cam” binaries have the peculiar characteristic of becoming “stuck” between an outburst maximum and a resting minimum, called a standstill. It’s a 10 – 40 day cycle.

To get in on the campaign, visit the AAVSO Cataclysmic Variable Section and look for the link to the Z Campaign link.