How can I take my own calibration files? Print

We offer FREE master calibration files on the FTP folder under the directory CALIBRATION FILES for all membership plans.  These are updated regularly and will work well for most users.

To do this, log in to the telescope while the roof is closed using the offline plan generator drop down link (preferably during the evening when the roof is closed for weather as opposed to during Roof Closed:  Day Light, but this can be done then as well).  Once logged in click "Back to Telescope" and select "Cal. (Dark/Bias)" from the left hand side of the menu.  This will open up a Web Form like the Calibration Example image like the one below.

To do this, you would want to fill out the Web Form as it looks in the below image.  (By Selecting "0" second Duration - the system will automatically treat the images as Bias) 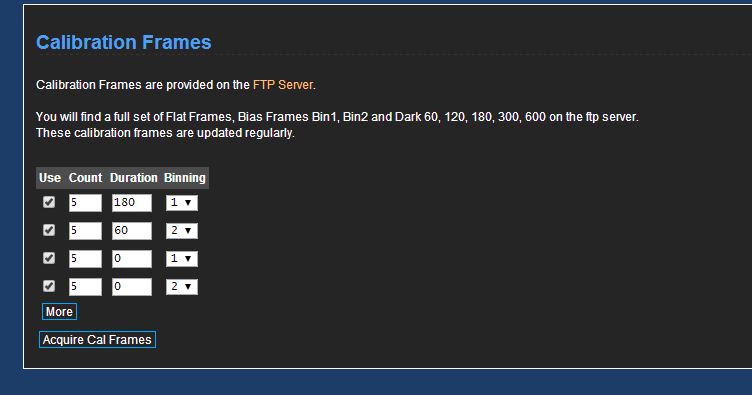