Why are some of my star images showing as big lines or spikes? Print

A CCD camera records images by converting photons of light into electrons. The electrons are temporarily stored in individual picture elements (pixels) on a photosensitive detector or chip. At the end of an exposure, the accumulated charges are read off the chip and sent to your computer for conversion to an image.

During the long exposures needed to record faint objects, bright stars in the field can exceed the full well capacity (the electron-holding capacity) of the pixels on which they are being recorded. As a light-gathering pixel exceeds its capacity to hold captured photons, the excess energy spills over into the adjacent pixel (or pixels, if the second pixel also fills to its capacity). This spillover, called “blooming,” produces a spike of light on every bright star in the image. It is often seen in CCD pictures taken with cameras without antiblooming, as shown in the image.

If you plan on doing any measurements with your CCD camera, a non-antiblooming camera is the best choice because of the higher accuracy possible without ABG. Casual astrophotographers will have to take a little more care in setting exposure times with a non-antiblooming camera, as they will not have the cosmetic protection of the ABG’s arbitrary bright signal cutoff. That being said, it should be noted that non-antiblooming chip cameras are the most popular with casual imagers and scientists alike.

What you see in the image below is also a diffraction cross which is found in reflecting telescopes. These telescopes have four spider vanes supporting the secondary mirror. These cause the four spike diffraction pattern commonly seen in astronomical images. 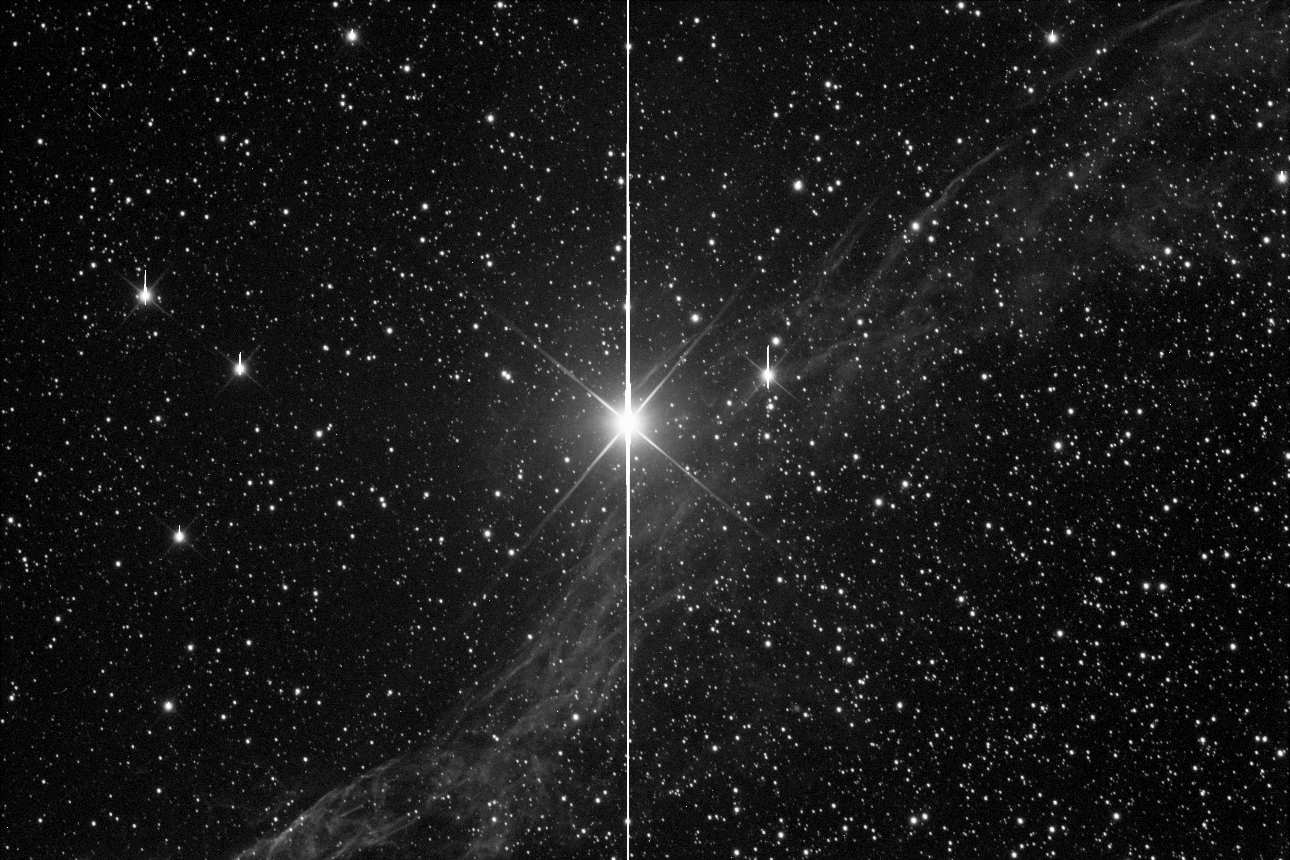